Heading to a Wedding this weekend? Don’t forget your Ergobaby Carrier! 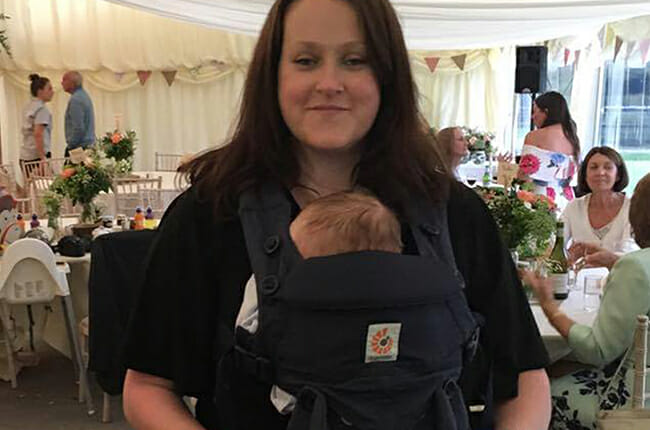 Going to a wedding with a baby?! Read how Clare and baby Euan mastered it here!

I had a wedding to attend with my 10 week old baby, Euan. Going anywhere with a new-born can often be somewhat of a military operation, therefore I needed a plan of attack to try to minimize any risk of meltdown mode (him not me!) occurring. Euan loves his cuddles, so a plan was formed, I would use a baby carrier. Finding a dress to wear that was suitable to breastfeed in was a much trickier operation, but that’s another story!

I had only used a stretchy wrap with him before and while comfy, I sometimes found it a bit of a faff to get on and off, so for the wedding I wanted a buckle carrier. I was given the opportunity to road test Ergobaby’s newest addition, the Omni 360. The beauty of the Omni is that Ergobaby seem to have taken all the best features from its other carriers to make this one. One great feature is that it fits a new-born without needing any extra insert as it is altered by adjusting the Velcro tabs inside.

The day of the wedding arrived. I packed my change bag, with enough muslins, nappies and clothes to deal with numerous Poonamis! I love the little pouch that comes with the Omni. This meant that I could leave my change bag in the car and just have the essentials with me; nappy, wipes, breast pads, phone, confetti and my lippy! 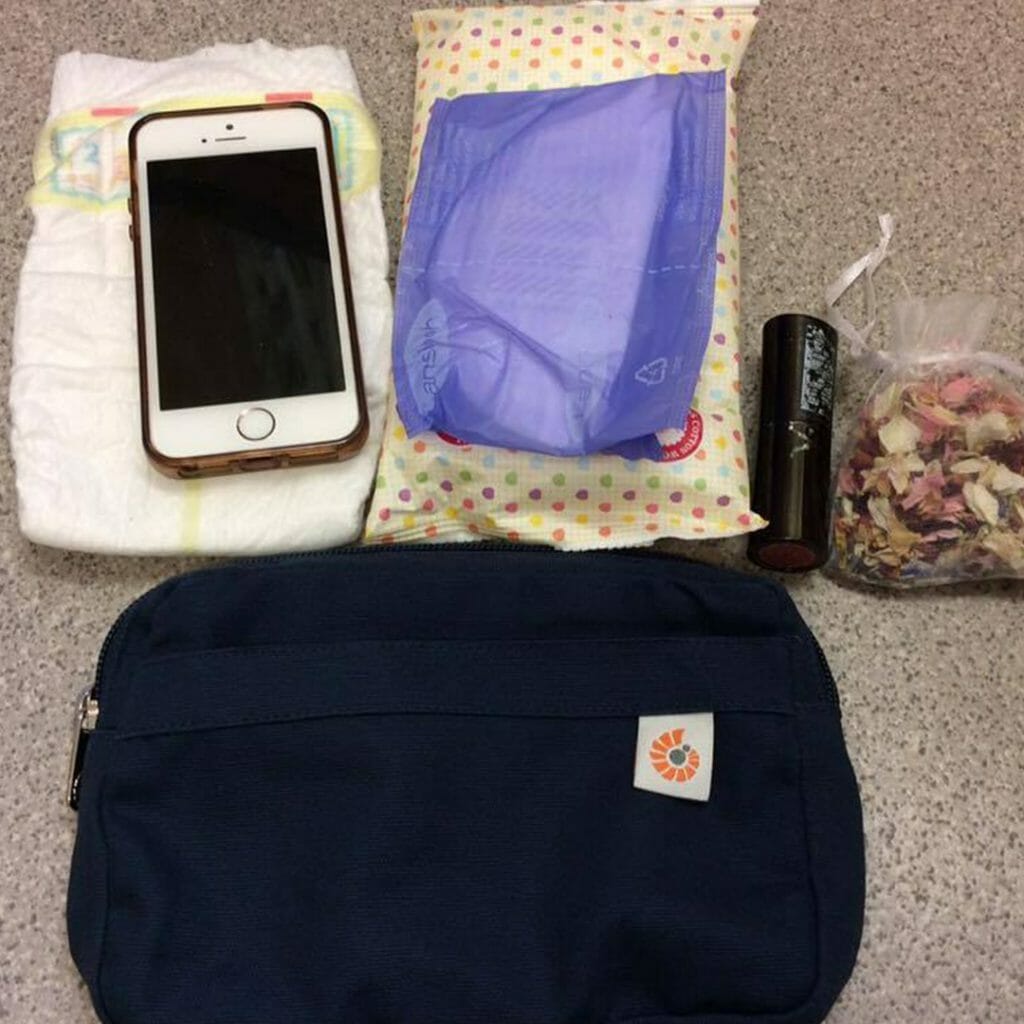 On the drive to the Church Euan fell asleep so I decided to leave him in his car seat for the Ceremony.

The reception was a marquee in a field so not particularly pram friendly. It was now time to road test the Omni 360 and I must admit I was quite excited! As hubby had long since disappeared, beer in hand with the other men folk, I easily put Euan in the carrier myself.  I used the standard front H strap carry with him facing inwards as he’s too small to do the outward face position yet. A few minutes later he was asleep – success! With a carefully positioned napkin to prevent Euan ending up with a bit of Yorkshire pudding in his ear, I sat and ate a full 3 course meal at the same time as everyone else, and without having to ask someone to cut up my food to eat one handed, while feeding Euan with the other, all while he was sound asleep in the Omni 360! 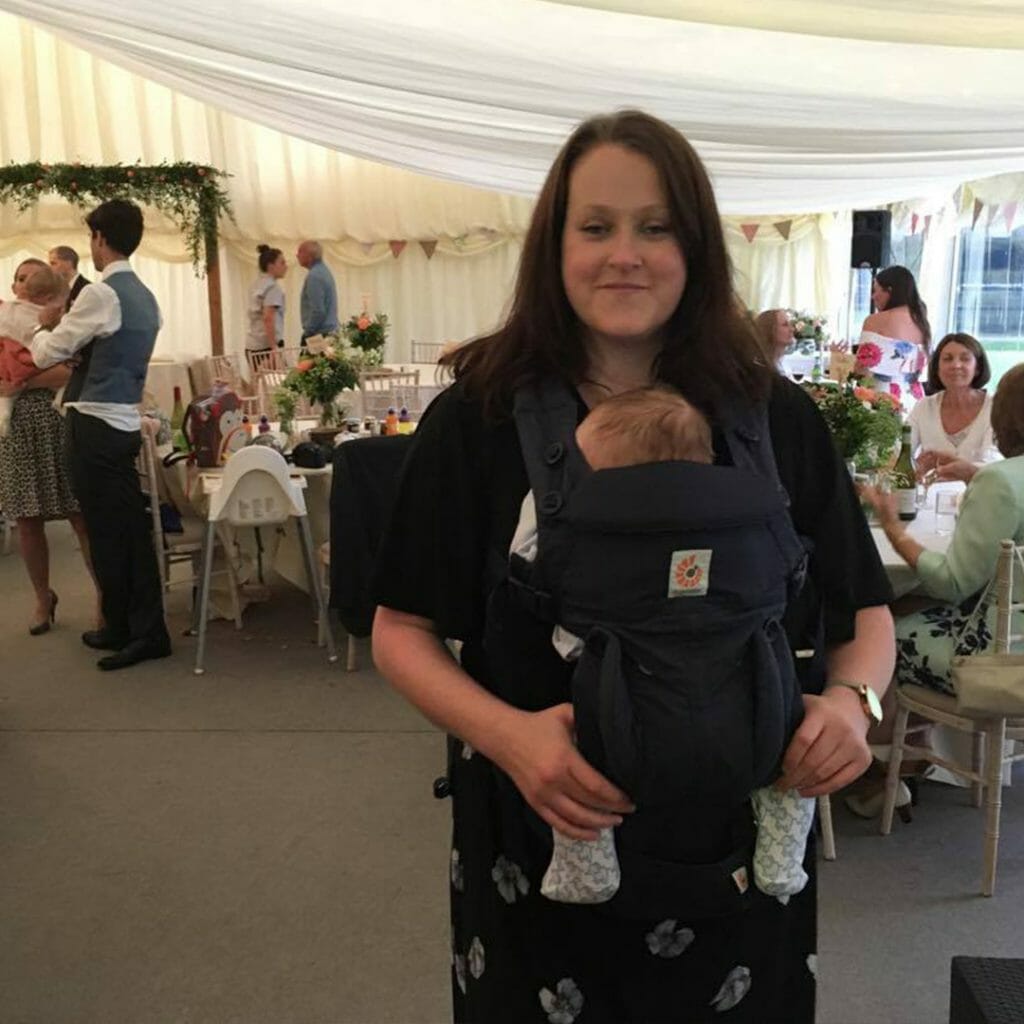 After Dinner, my friends wanted cuddles and he was happily passed around until his next feed. Once the disco started, out came the carrier. This time he didn’t drop off, but was very content while I enjoyed the rest of the evening and he enjoyed the flashing lights! 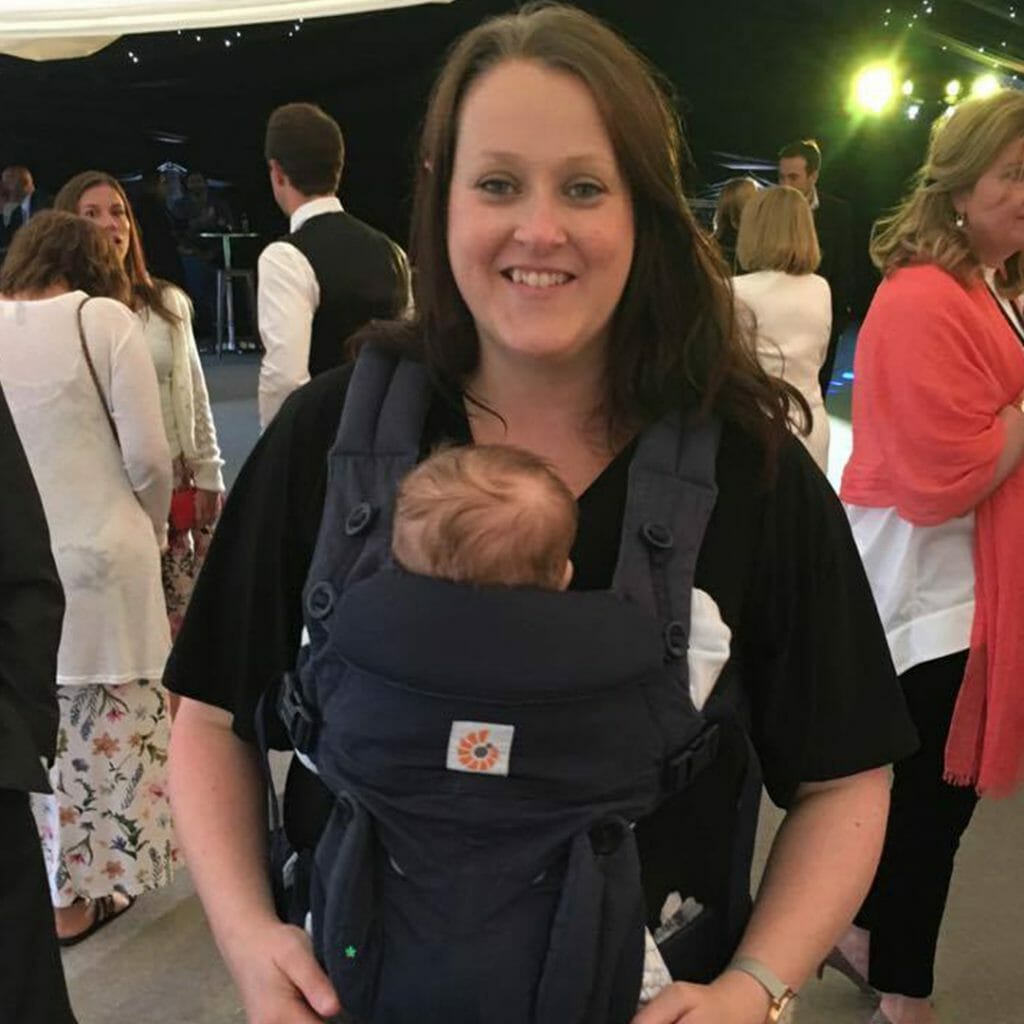 By the time we left, I had been wearing Euan for the last 2 hours and was stood for most of it. I was amazed that my back didn’t hurt at all. I have Rheumatoid Arthritis so good support is a must for me.  I love the lumbar support and the padded shoulder straps. I was also surprised how comfy it was when sitting down, I received lots of comments from friends and other guests about how snug and cosy he looked and what a good idea it was to use with a baby at a wedding or other event.

Using the Omni 360 meant I could enjoy myself and had freedom to move around, rather than stuck in a corner rocking the pram while everyone else went off for a dance. I am also happy to report that no poonami occurred during the wedding (he saved that for the 5 hour car trip home the next day!)